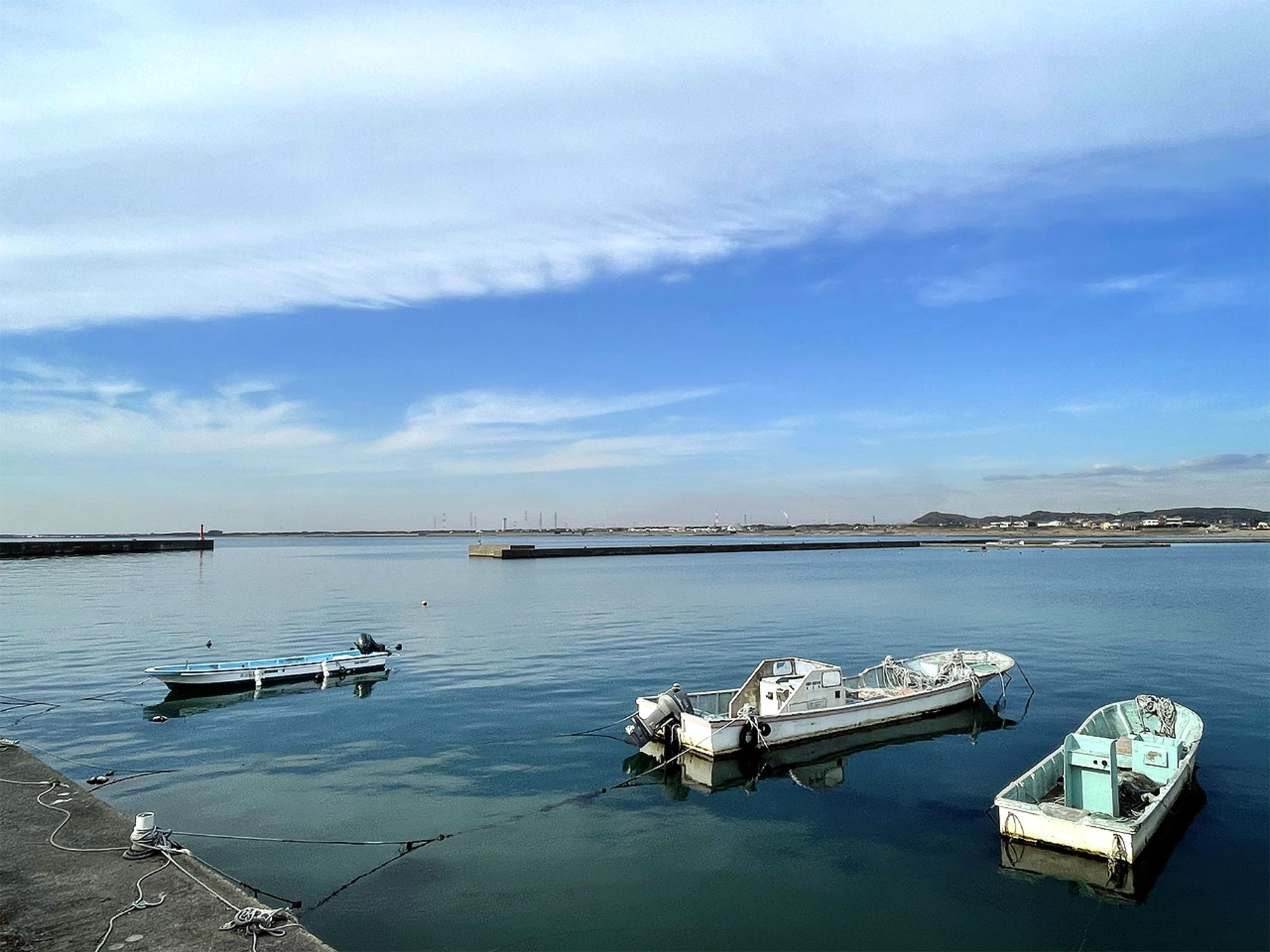 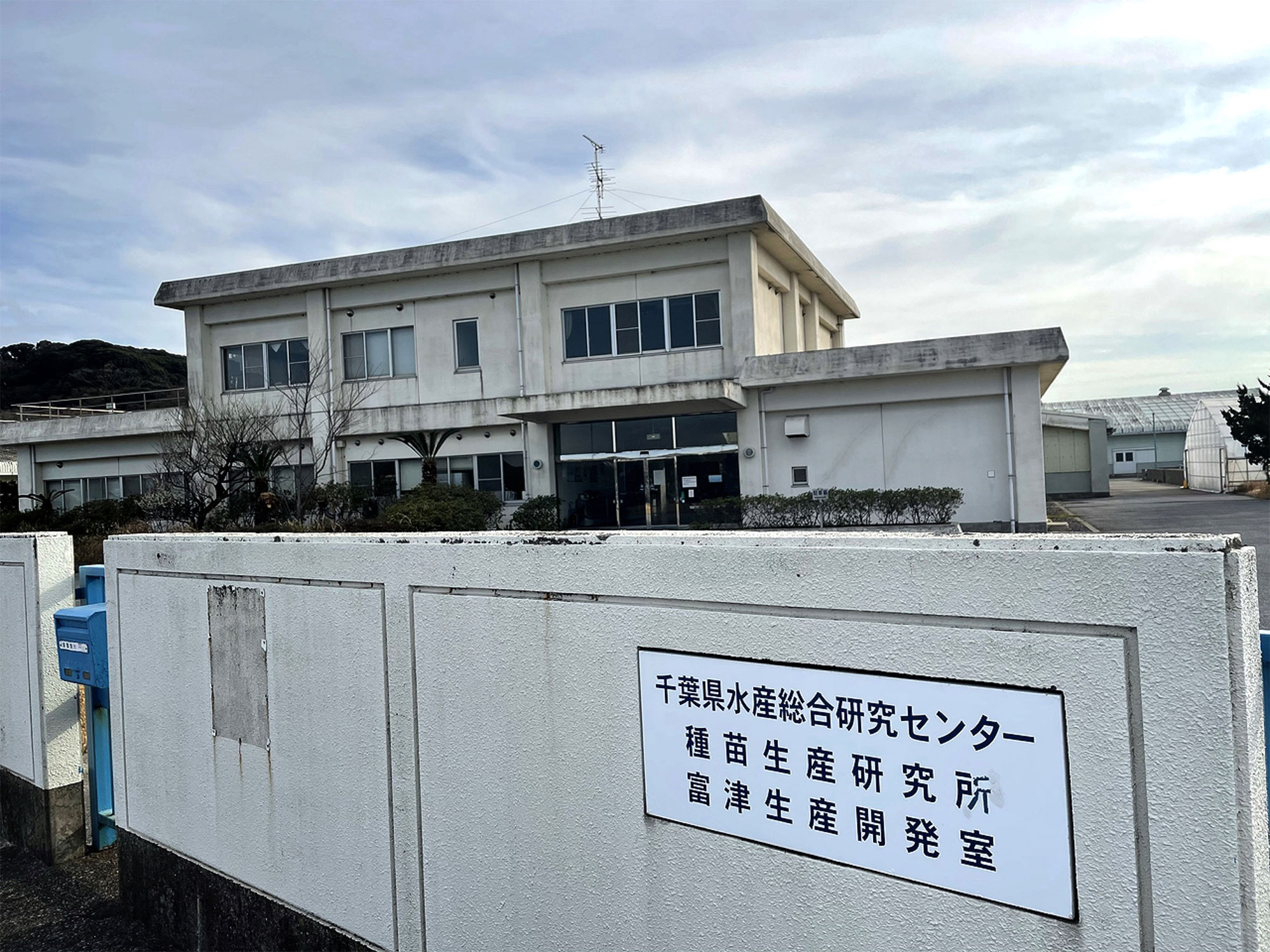 As well as the marbled sole mentioned here, Chiba Prefectural Fisheries Research Center Seed Production Research Laboratory is also conducting research on the production and quality improvement of eggs and hatchlings of other species such as Japanese flounder, red sea bream, and sweetfish and on the streamlining of their production. The Seed Production Research Laboratory Futtsu Sea Farming Section is conducting research on eggs and hatchlings production and the production of marbled sole and Japanese flounder.

This article presents LED lighting that helping to improve egg and hatchling quality. 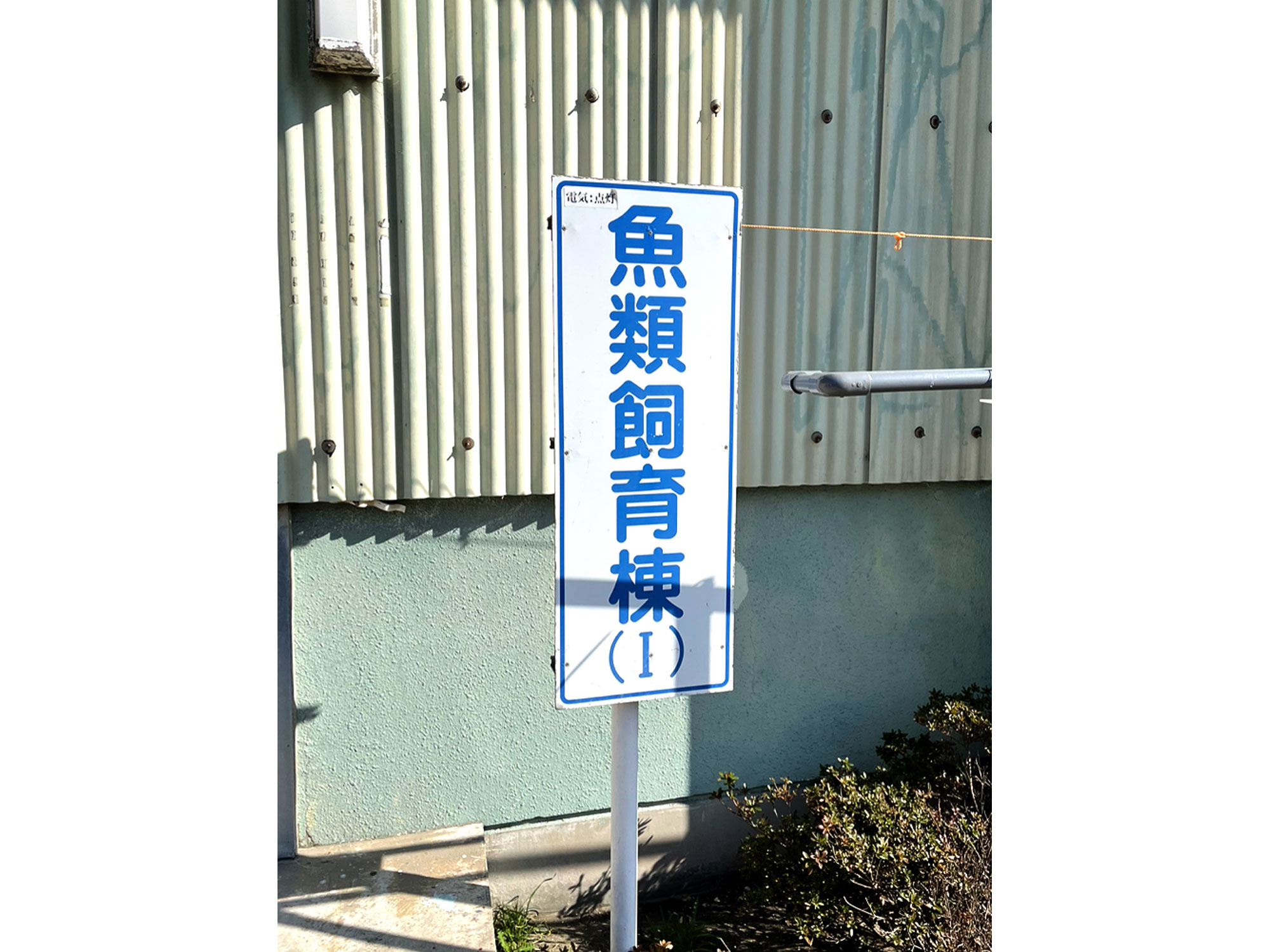 When marbled sole is kept in tanks, the fish bite each other’s tails off. As well as being a possible cause of disease, this could result in the fish losing their ability to swim. This behavior is thought to be due to stress, but it was found that dim green LED light can reduce that stress. Therefore, the Futtsu Sea Farming Section is conducting research to support fisheries by lighting the tanks with LEDs to curb that biting behavior, thus improving the quality of the young fish to be released. 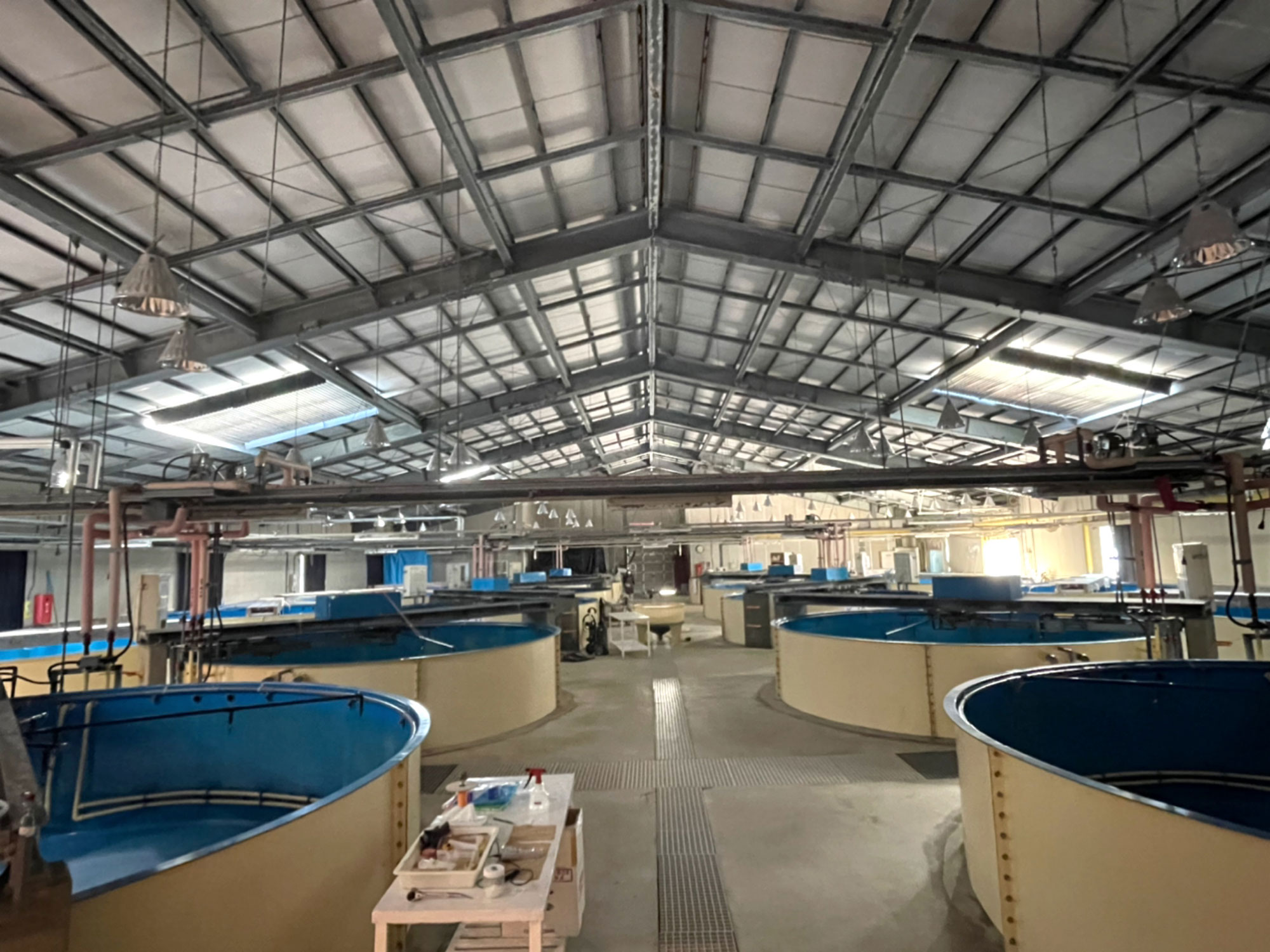 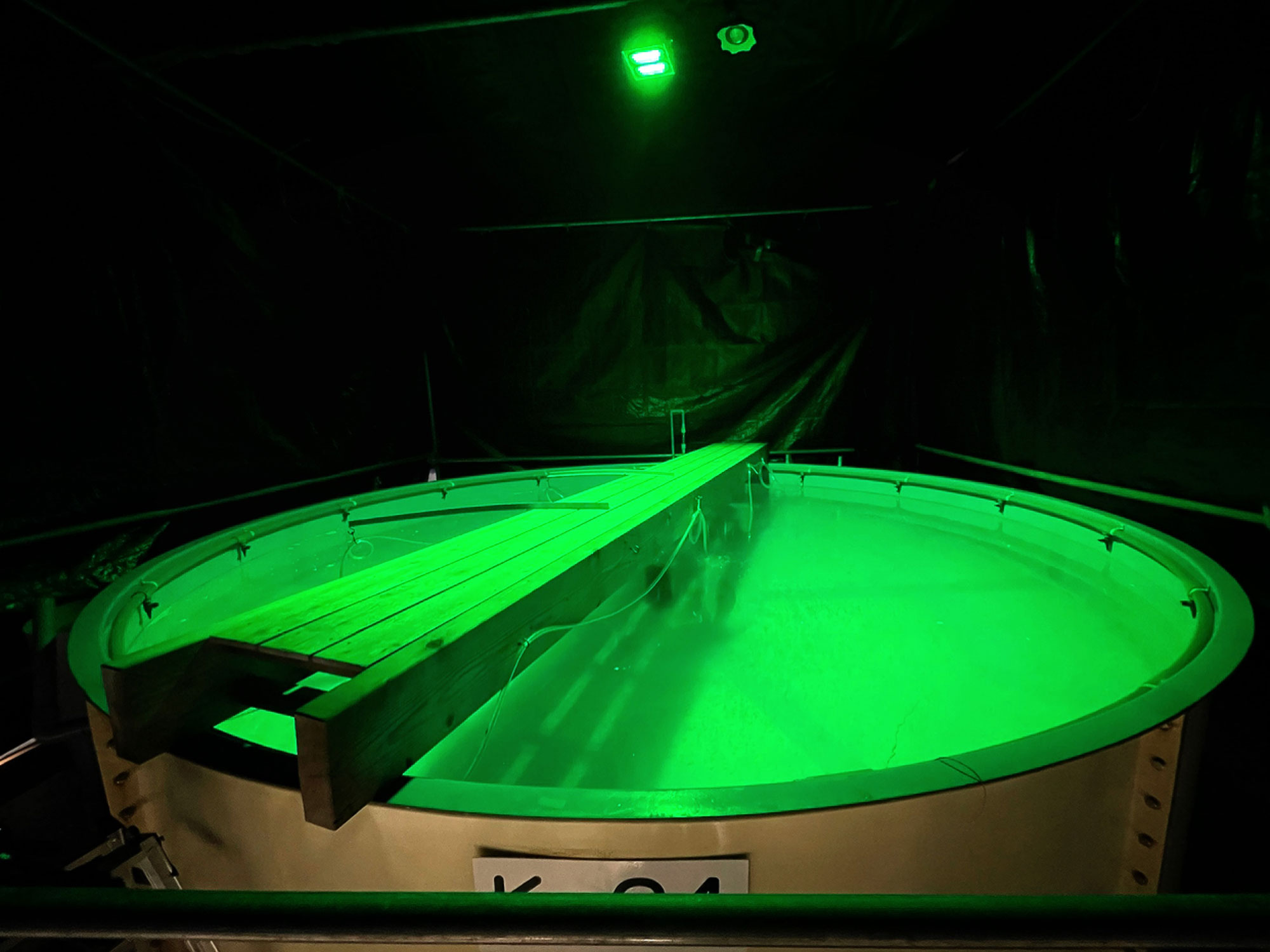 [Left] Many giant tanks are used for breeding.
[Right] The experiment is ongoing in one of these tanks.

Other research institutes have demonstrated that shining green light onto marbled sole stimulates their appetite and increases their feeding activity, which results in faster growth. The Center hopes to confirm this growth promotion effect and to stabilize and improve efficiency of egg and hatchling production. 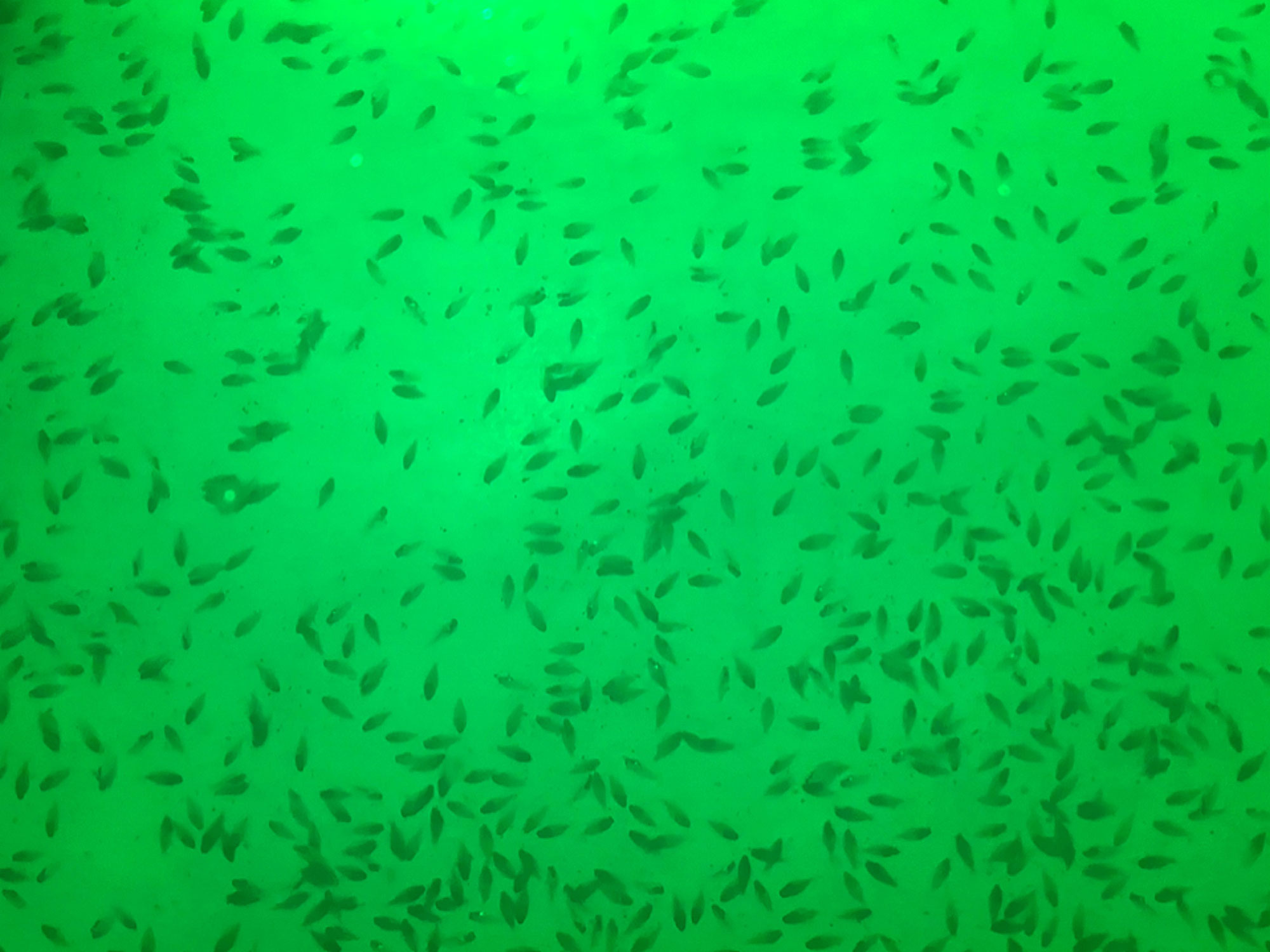 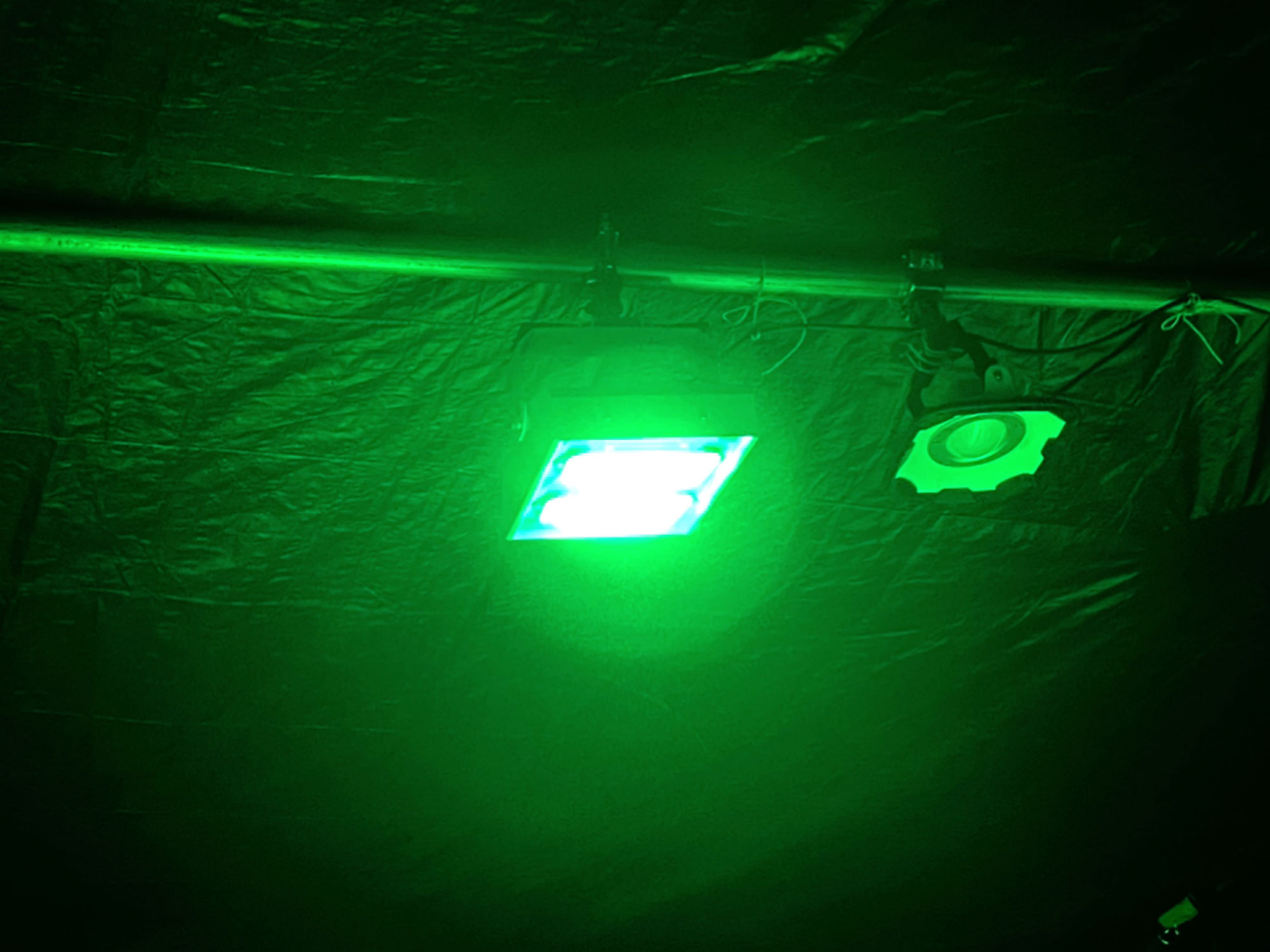 Future plans being considered include also replacing operational lighting with LED lights, changing the wavelength by modulating the light, and varying the light according to the species and growth stage of the fish in the tanks. 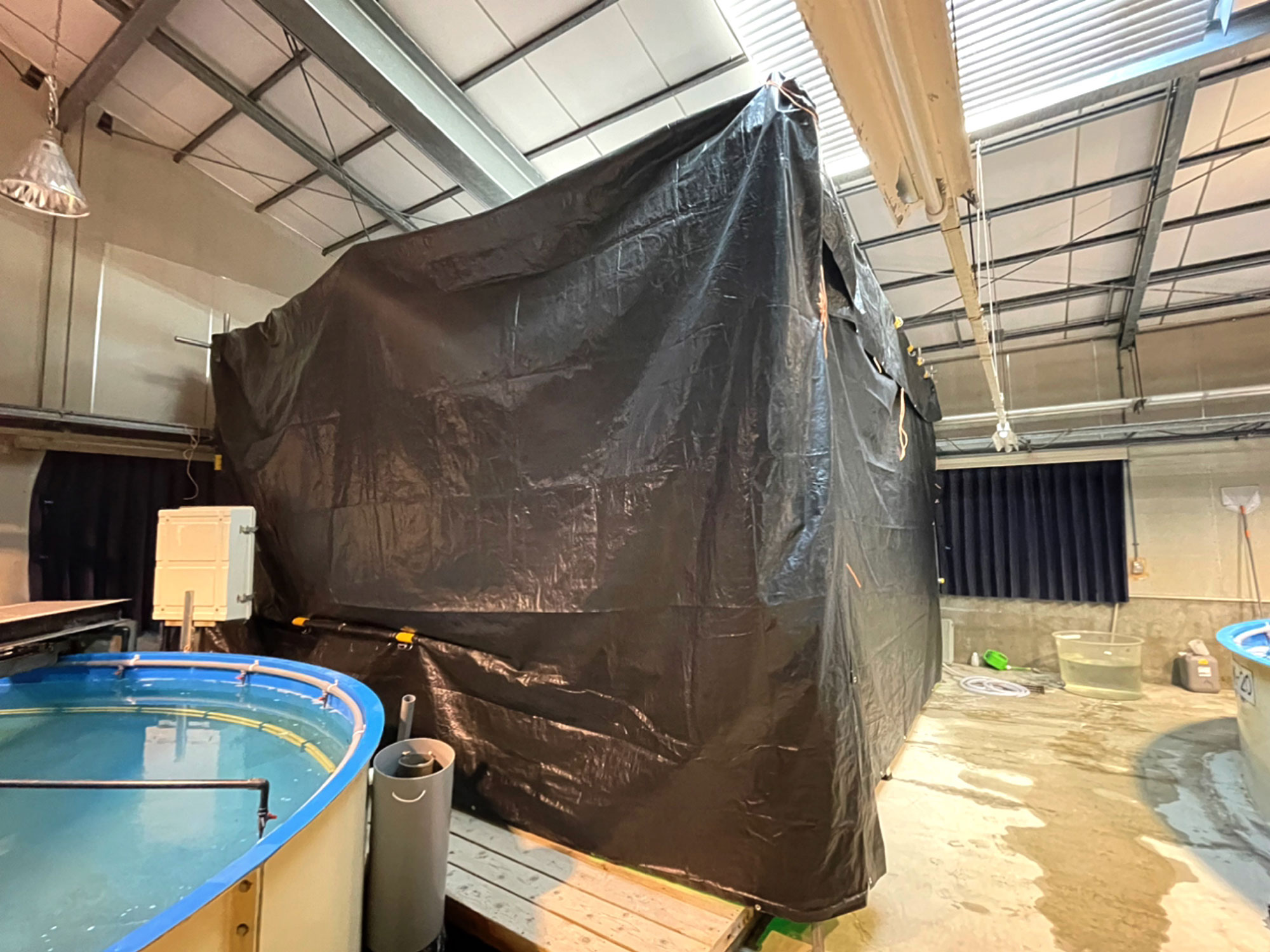 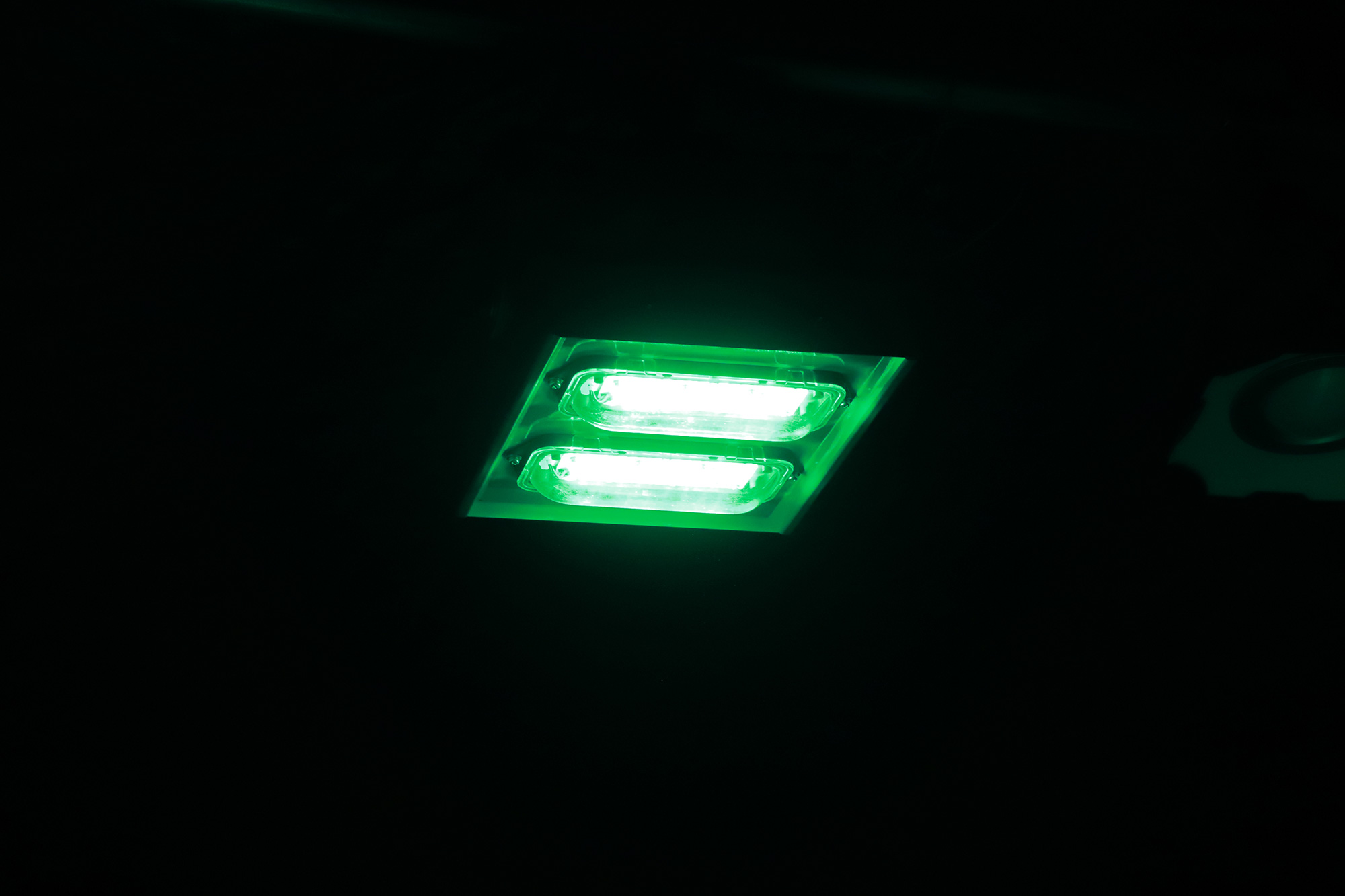 [Left] The water tank for the demonstration experiment is covered with black sheets to block out the outside light.
[Right] Customized lightning equipment

A custom-designed product with dual-module LED floodlight, LEDSHIGHMAST LLF0011A, developed for special outdoor applications and fitted with green LED, is being used.

Unlike the other tanks, light is first blocked out from the tank being used for the experiment, before the green light is shone into the tank. 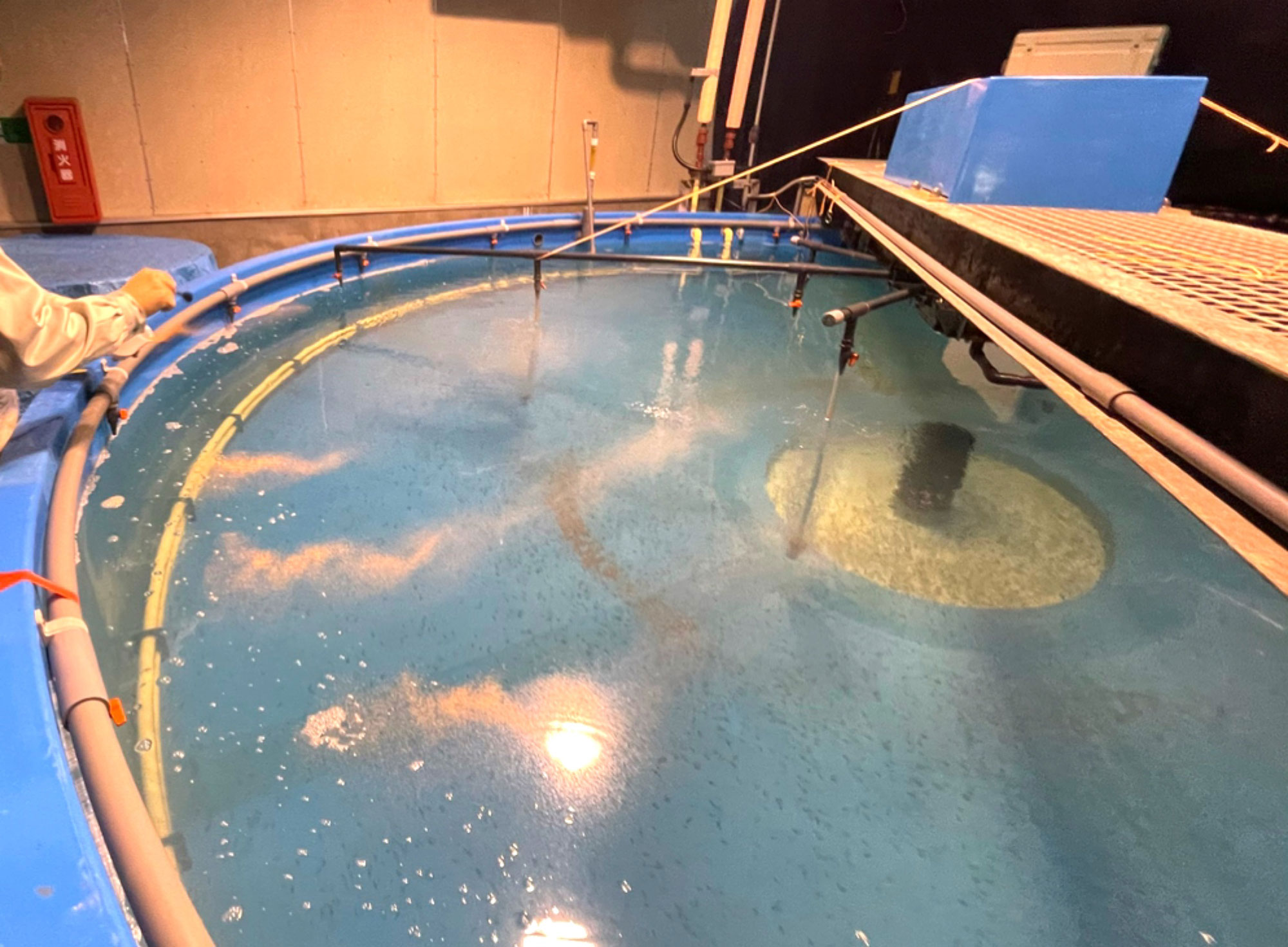 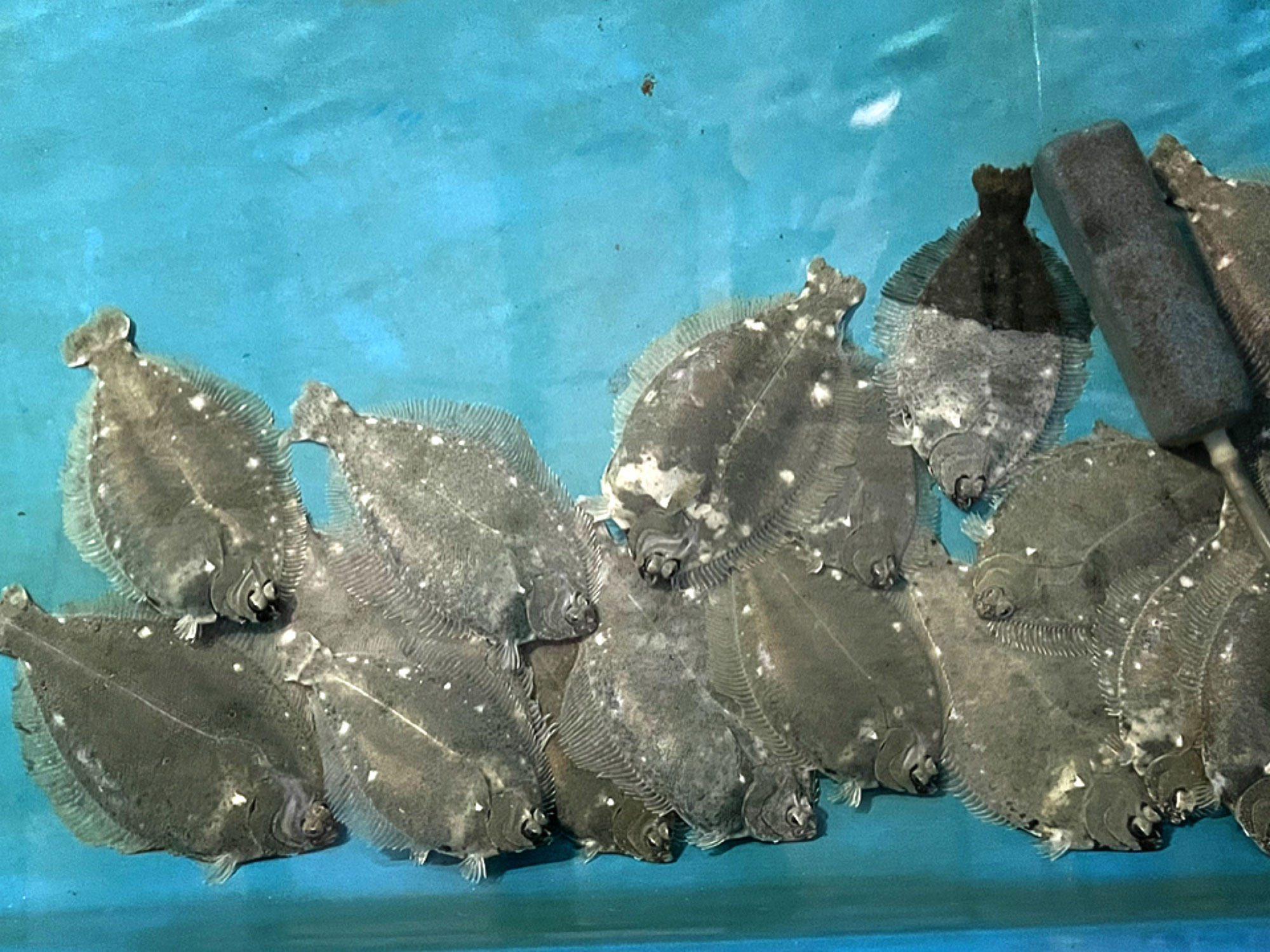 In addition to durability that makes it suitable for use in diverse environments, this product lights up every corner of the tank with consistent, even light, using flux distribution performance cultivated in automobile headlamp technology.

To prevent the transmission of COVID-19, the Center is not currently accepting visitors to the exhibition corner or group tours. 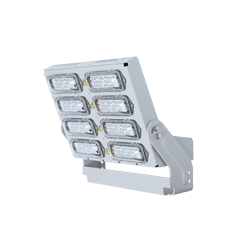