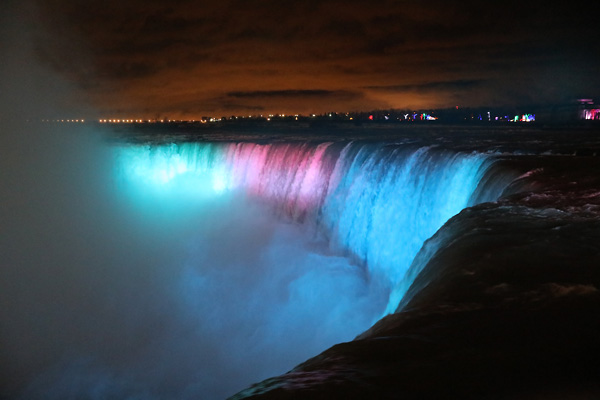 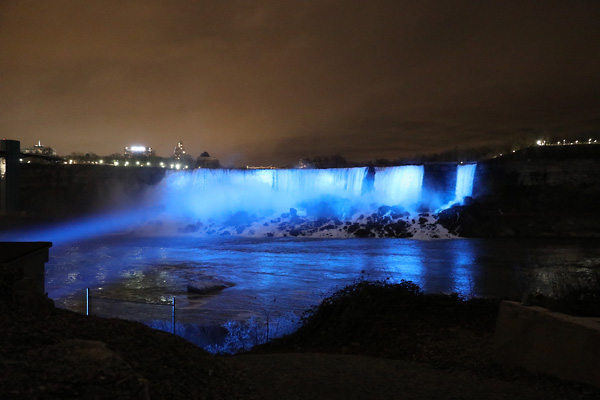 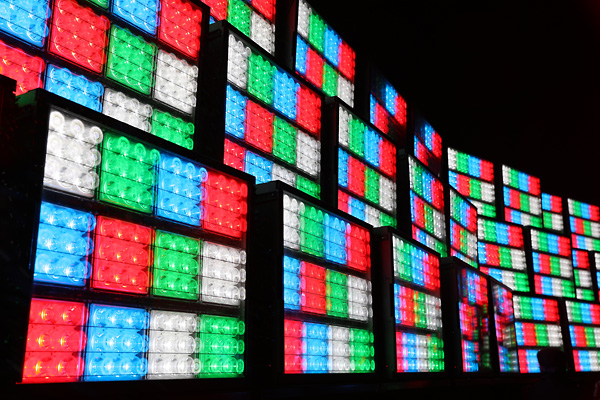 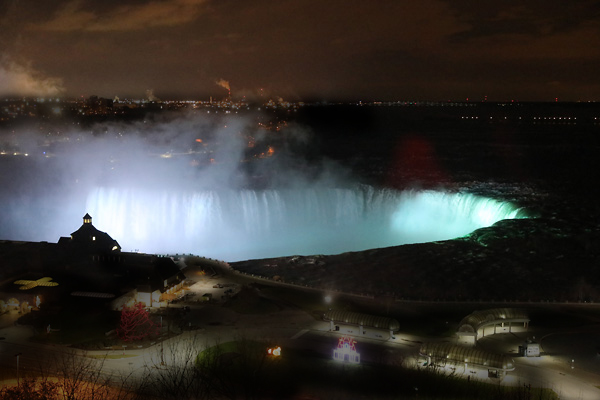 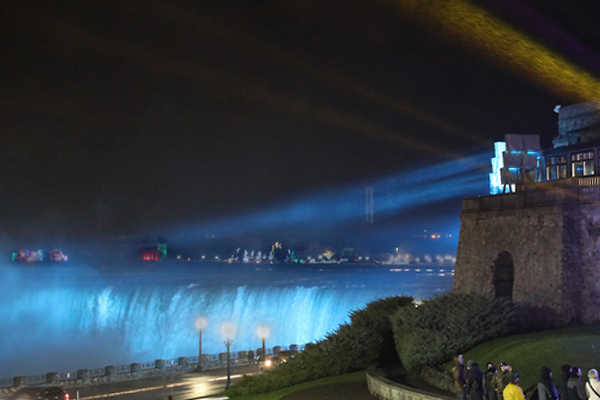 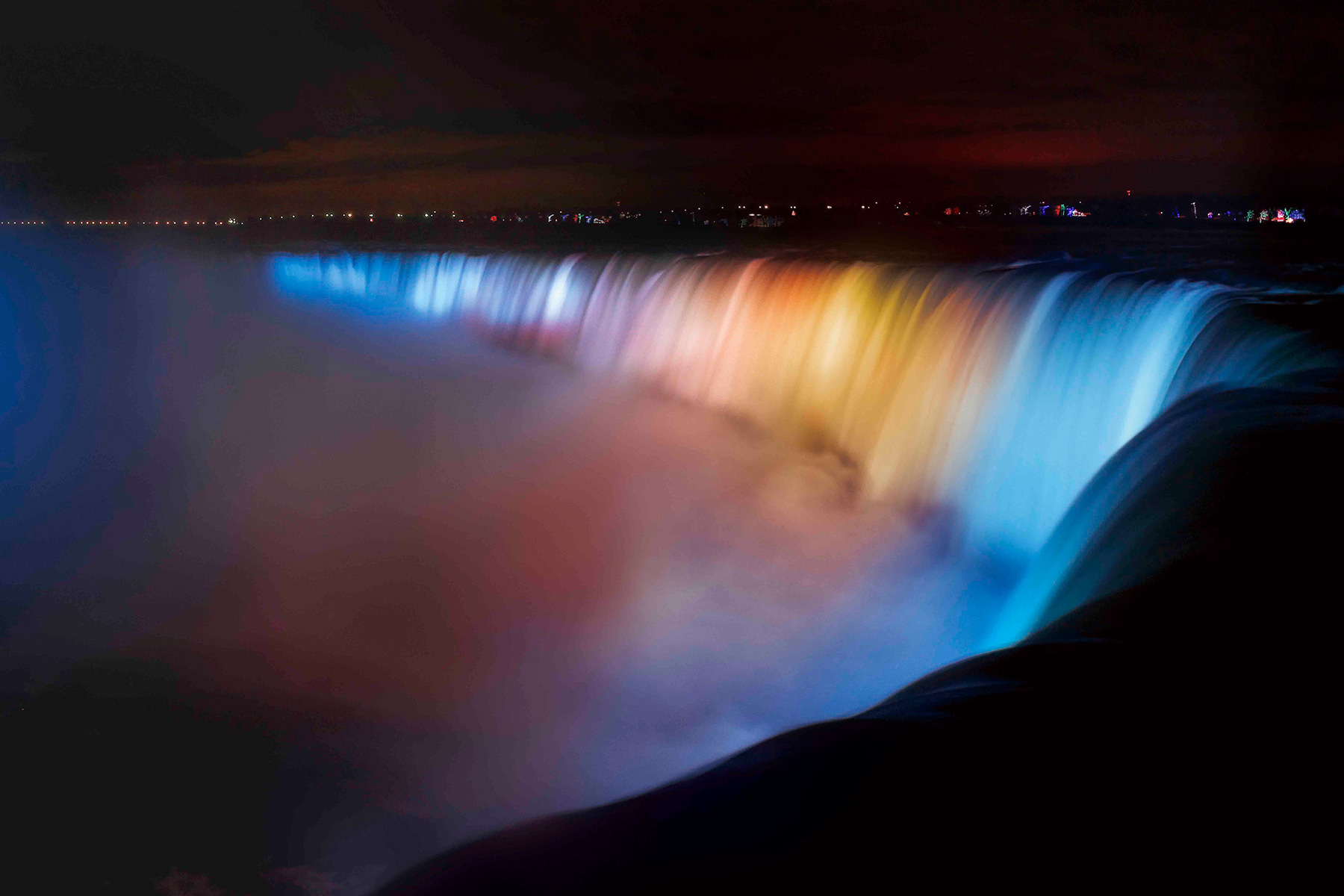 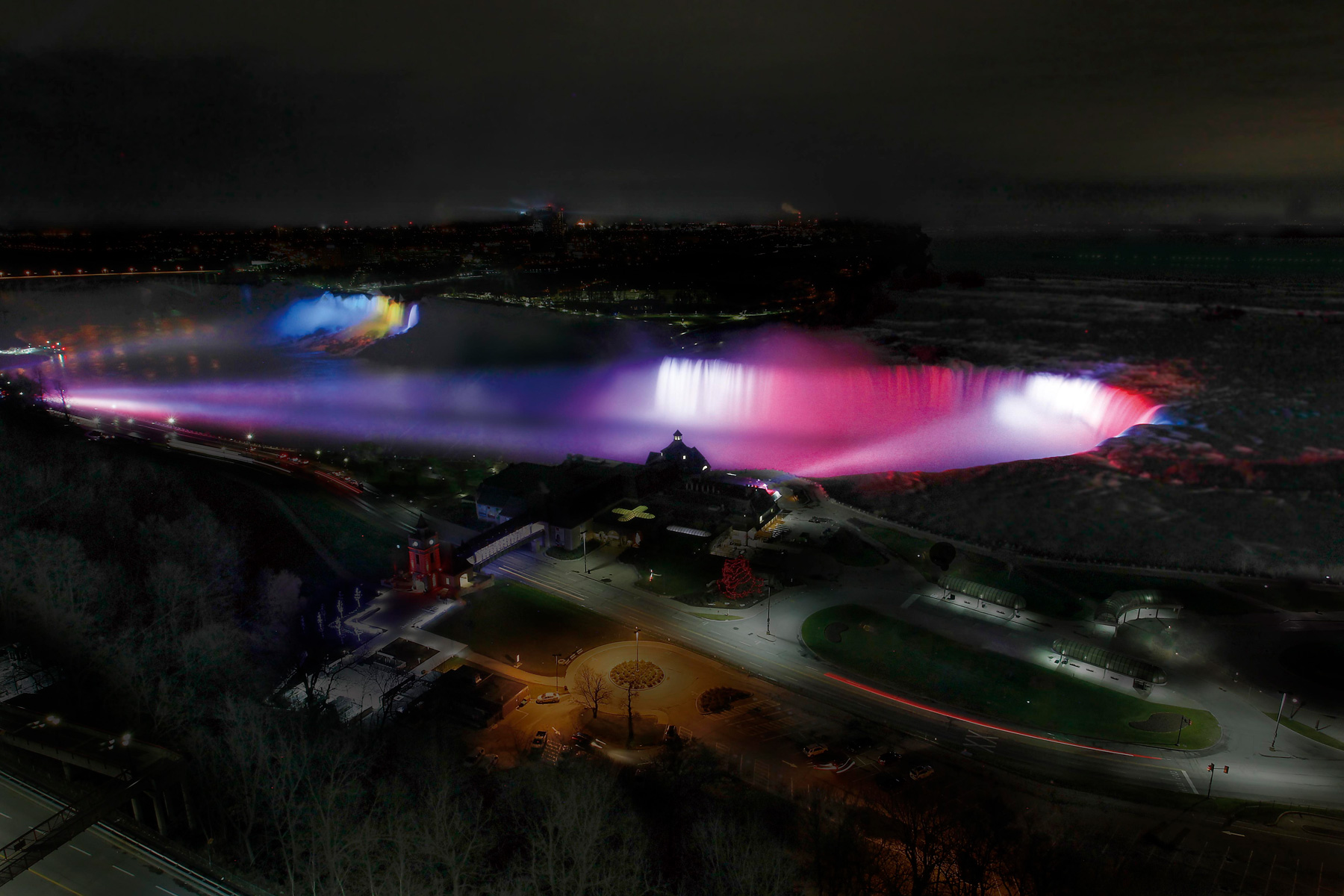 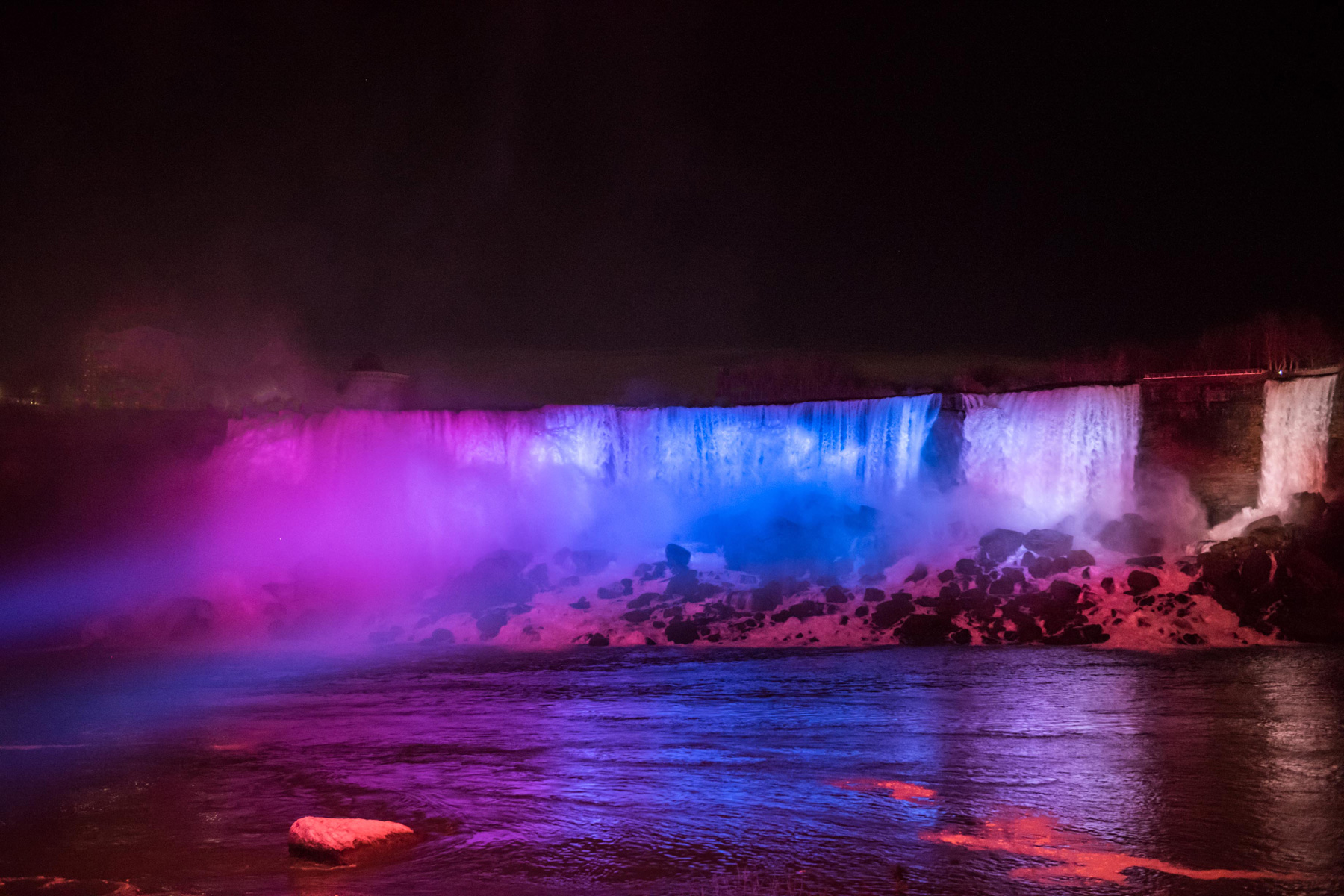 The LED floodlights with ultra narrow light angle from Stanley Electric Co., Ltd. (hereinafter “we”) are used for illumination of Niagara Falls, the world-famous tourist spot at the border of the U.S. (State of New York) and Canada (State of Ontario).

In 2014, Niagara Parks Commission held a public contest for the overall renewal of lighting facilities, as then-existing lighting facilities with xenon short-arc lamps had been operating since 1997 and were thus deteriorating. We teamed up as a project team with Salex, the Canadian lighting agency, and three other companies (*1) to participate in the public contest. Our product was selected in March 2016, and the installation was completed in November, 2016. 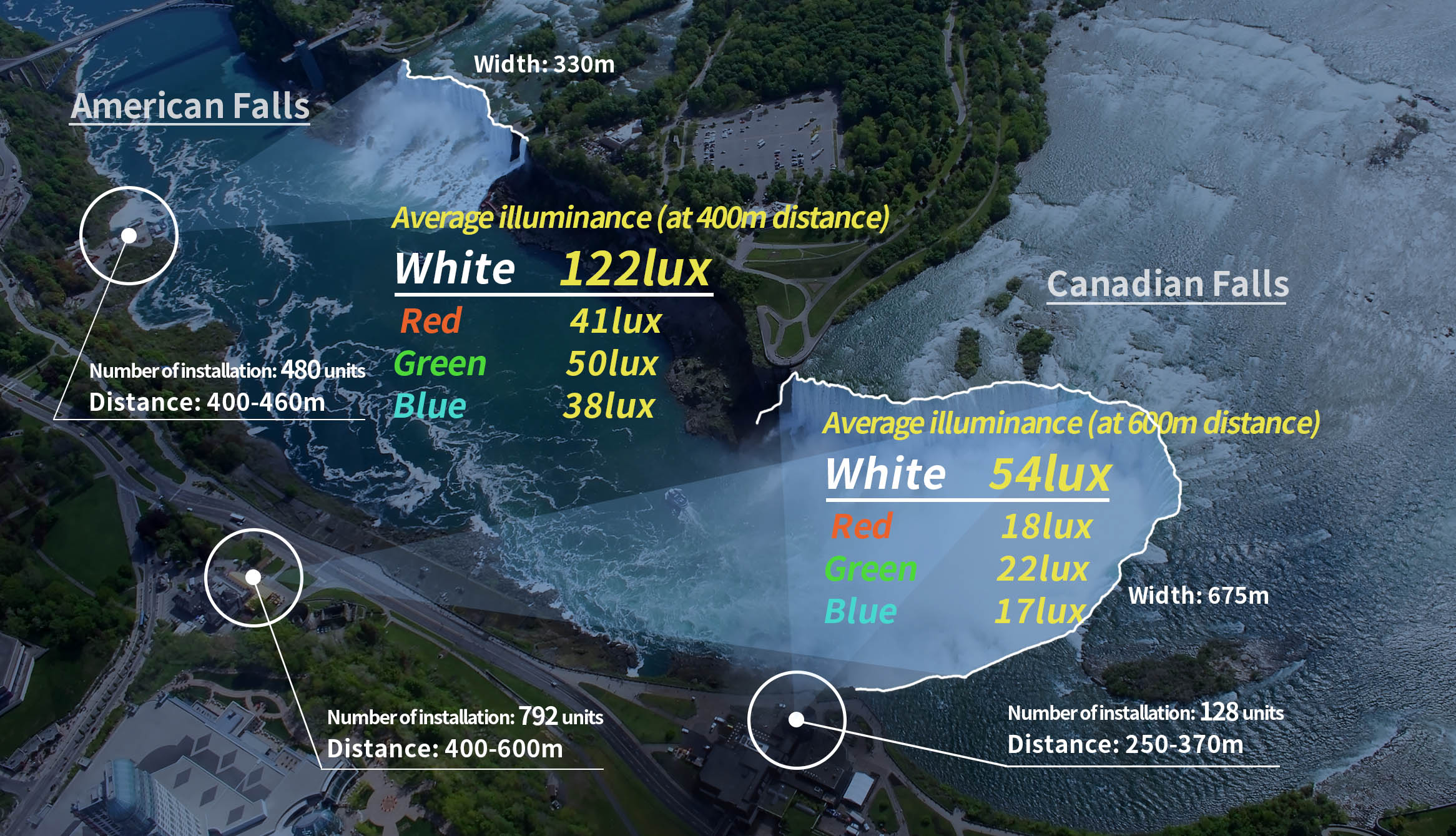 Despite the 600m distance at the longest between the lighting facilities and Niagara Falls, our LED floodlights with ultra narrow light angle were able to achieve the requested specifications such as illuminance and uniformity, thanks to the optical lenses with advanced optical designs that we nurtured through automobile headlamps. 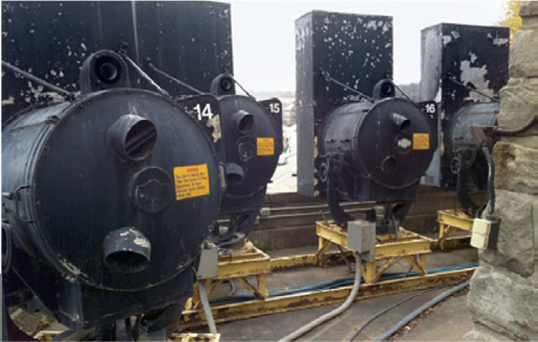 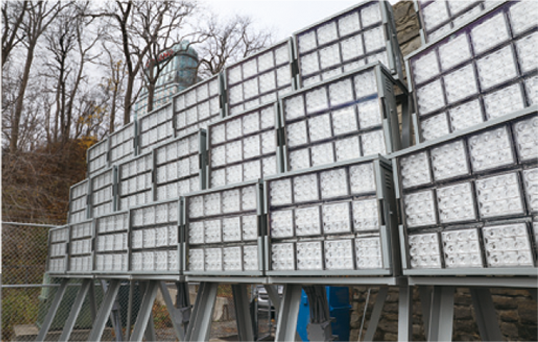 Our achievements in automobile exterior products were also highly valued with regard to requests for reliability and safety standards for use under severe winter environment. The optical designs gave higher luminous efficiency to the LED floodlights, thus allowing the lighting facilities to save a significant amount of electricity. Compared to the power consumption of the old lighting facilities with 4kW xenon arc lamps, the LED floodlights showed 60% reduction (*2). Based on the calculation by Niagara Parks Commission, they can be used for more than 20 years from the start of operation. Also in terms of color expressions, the LED floodlights enabled new effects with their combinations of 4 colors and dimmer, which can create more than 16,770,000 colors, while the xenon arc lamps used combinations of colored filters with 4 colors.

Before and After the Construction

Amount of power reduction after construction (compared to before reduction) 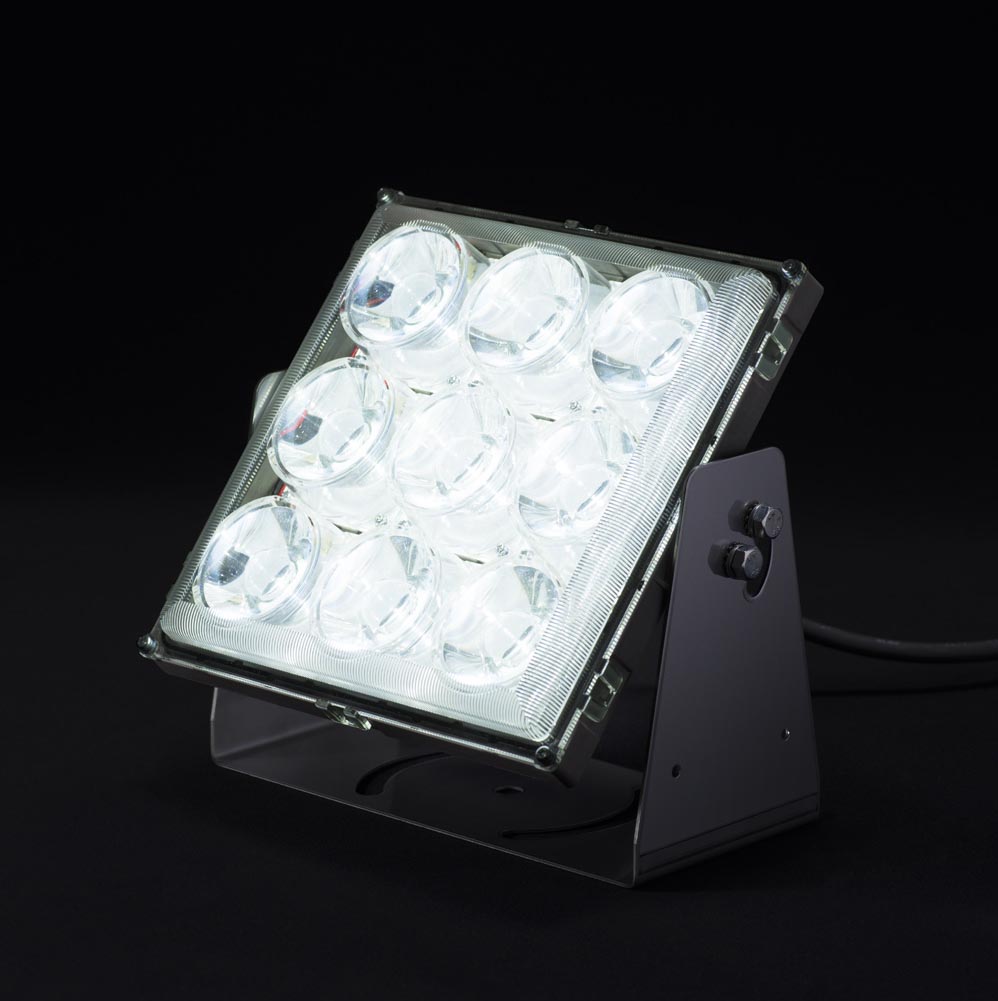 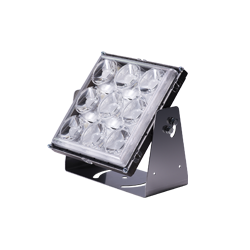